More reaction has been coming in after the untimely cancelation of Jupiter’s Legacy earlier in the week. Some of the biggest cast members for Jupiter’s Legacy have reacted on various social media platforms to express their sadness, frustration and other emotions. Here’s a collection of those thoughts.

We’ve also cataloged some of Steven DeKnight’s (who was the original showrunner for the series) thoughts and original plans for the series in a separate post we’re keeping updated.

Perhaps the most passionate response to the cancelation has been two posts from Josh Duhamel via his Instagram page.

It’s never easy to hear that a project you cared about/ believed in/ put so much into is ending prematurely. It was a challenge and a privilege to dive into the character of Sheldon/ Utopian. I got to do things as an actor that took me to places I had never been.

A big thank you to Netflix for giving us this opportunity and an even bigger thank you to the fans – you took us to the #1 spot around the world and we stayed there for almost 2 weeks. Your support of the show means everything.

To the cast and crew- we put all of our lives on hold to take on the challenge of creating a new universe together. It truly took blood, sweat, and tears. I’m so proud of what we accomplished together and the journey we had (on & off the screen) is something I’ll never forget.

#NoLegacyLivesForever
(But maybe this one will)

In a second post, Josh joked around with another photo with the caption:

“When you get dumped by [Netflix] and have to put yourself back out there…. 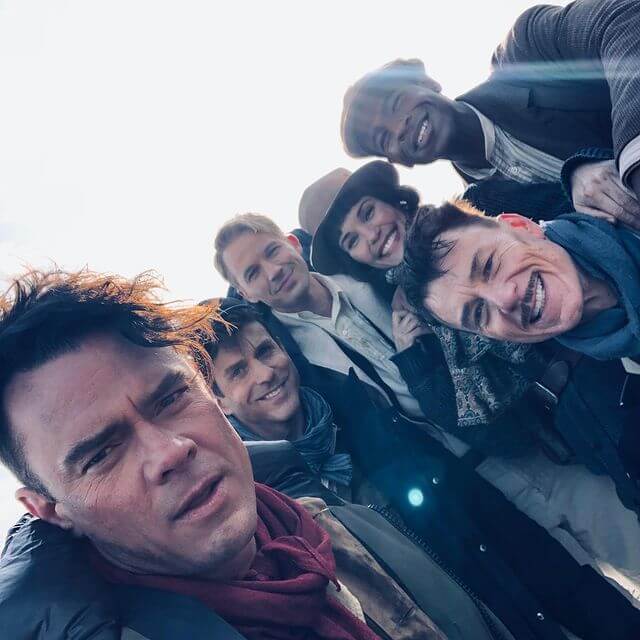 In a short post, Leslie Bibb posted that she stands in arms with her brothers and added:

Posted alongside one of the first pictures released for Jupiter’s Legacy was the caption:

“This 1st photo seems fitting. A gang of friends who once was.

Thank you to my incredible cast, crew and creatives behind Jupiters Legacy. What an experience you all made this….

It’s not every day that a kid like me gets to be a superhero.”

On Twitter, Andrew Horton thanked Steven DeKnight who cast him as Brandon and to Netflix and Mark Millar too.

“To say I’m disappointed would be an understatement. Was excited to embark on this journey with an incredible group of people but sadly it has already come to an end.

It’s ok though. Where one path ends a new one begins.”

In an Instagram post, Mike Wade posted similar tributes to the other members of the cast saying:

“Worked with a Brilliant Team on #JupitersLegacy @netflix I appreciate the work that everyone put into this and am beyond grateful for the experience. Be on the lookout for everyone involved, they’re sure to have something amazing coming your way soon”

“It’s tough hearing that the show is ending, but that’s the cycle of life. When one door closes and another one opens. Something dies and another is born. Am I disappointed we won’t have an opportunity to continue to tell this story? YES! There was so much more!

I’m not really sad though. Why? Because a creative genius named @stevendeknight saw an audition tape I did and decided that I was the perfect person to cast for a role he created out of a thought bubble in a comic book story. He made one of my dreams come true. As well as helped to pave the way for more people of diverse backgrounds to play these types of roles. Are you kidding me!!! 🤣 .

Everything from that point onward has been bonus. I had the opportunity to work with a dream team of stellar talents from across the globe. We learned, grew, and pushed past our limits together. All I can say is thank you for the honor and privilege🙏🏿. No one can take away the memories, laughs, moments of joy, all the wonderful things that made the experience AWESOME!!!

THANK YOU SO MUCH @netflix @mrmarkmillar for giving us this opportunity!!! THANK YOU to all the fans that kept us trending #1 for weeks. You all are the BEST!!! Your love and support is everything.”

There you have it. All the cast reactions for the cancelation of Netflix’s Jupiter’s Legacy.