Lucifer season 6 is set to be the final season of the beloved series which came to Netflix from Fox. The sixth season is due to release on Netflix globally in September 2021.

Before we dive into what we know so far about Lucifer season 6, let’s quickly recap with season 5. It was split into two halves with the first arriving in 2020 and the second part now scheduled for May 28th, 2021.

The fifth season walked away with a nomination for the 2021 Emmys for best choreography for a scripted show and Tom Ellis was nominated for best actor in a streaming comedy series.

Now with all of season 5 streaming, let’s dig into what we know so far about season 6.

When will season 6 of Lucifer release on Netflix?

Thanks to production being complete a much faster release schedule was expected than previous seasons.

At [email protected], Netflix officially revealed that season 6 of Lucifer is coming to Netflix globally on September 10th, 2021.

The road to Lucifer season 6 renewal

Originally, of course, season 6 of Lucifer was never going to happen.

Netflix’s revival of the series from season four onwards was meant to end after season 5. That’s partly why the show was split into two halves and given an extended season.

When Netflix gave season 5 the final season order, naturally fans weren’t happy that Netflix regave life to Lucifer but to only take it away two seasons later. It led to your usual campaigns such as petitions (with the best performing petition securing over 100K signatures).

With the numerous high-profile campaigns and the fact Lucifer continues to blow records out of the water, fans prevailed and once again got the show renewed.

Rumors for a sixth season began in early 2020 that Netflix had reversed its decision and began seeking to renew season 6 but only once it had got everyone signed on.

It was late February 2020 when Ildy Modrovich and Joe Henderson had signed on for a further sixth season.

In April 2020, after more talks, the second revival looked less likely as Tom Ellis’s contract negotiations fell through however they were fixed and Tom Ellis was signed back on in May 2020.

The first we heard of Netflix reversing course was back in February 2020 when TVLine had learned that Netflix was back in talks with Warner Brothers Television to extend the show.

On June 23rd, 2020 – we officially got word that season 6 was set to happen but that it would be the “final FINAL” season.

Has the story to season 5 changed now Lucifer has been renewed?

Joe Henderson addressed whether the ending to season 5b will change now that Netflix has given a sixth season. Speaking in an interview he said:

“It will remain exactly the same as we had planned and it was really very, very important to us. When the idea for season 6 came up, Ildy (Modrovich, the co-showrunner) and I said to Netflix, ‘if we do this and we find the right story, the thing we don’t want to do is to undo everything we have done ‘. Once you see Season 5B you will understand how A and B are actually one big season. How it all relates … The things that happen in the Season 5 premiere fit in completely with the ending.” 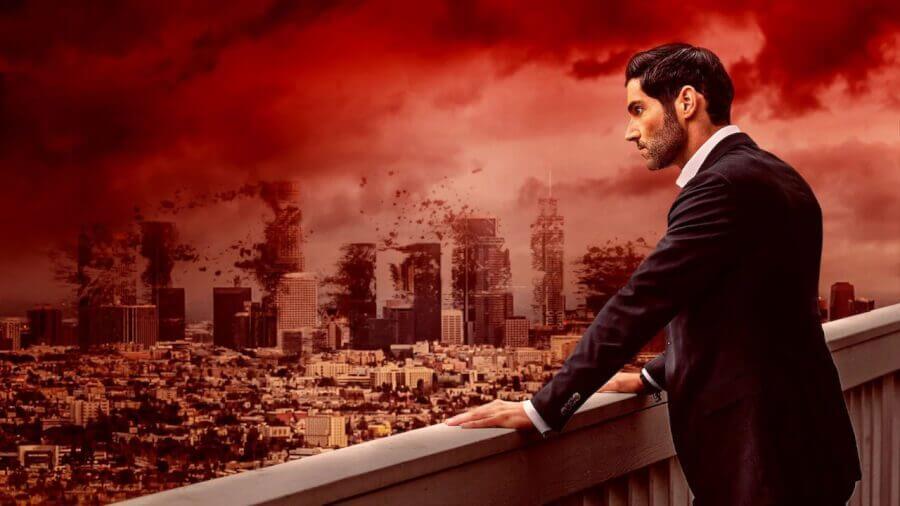 In an additional interview Chris Rafferty said that they wouldn’t have introduced God in season 5 had they known they were moving ahead with season 6 saying:

“I don’t think we would have brought God down to Earth. It’s pretty hard to top the Almighty. But I’m glad we did Season 5 the way we did it – it turned out more epic than a penultimate season has any right to be.”

As we mentioned above, Ildy Modrovich and Joe Henderson who serve as the co-showrunners are both onboard to see Lucifer season 6 through.

It wasn’t until early July until DB Woodside confirmed he’d be returning a Tweet saying:

Tom Ellis was ecstatic about his returning replying: “Utterly delighted and excited to get back alongside you both in front of and behind the camera.”

Also attached for season 6 so far are:

In late September 2020, Scott Porter confirmed he’d be appearing in both season 5b and season 6. Scott is mainly known for his role in Friday Night Lights but has also featured in Speed Racer and will have a role in Netflix’s upcoming drama Ginny & Georgia.