It was a four-year wait for the first season of Green Eggs and Ham, but thankfully, subscribers will only be waiting half that time for the arrival of season 2. Coming to Netflix in November 2021 is Green Eggs and Ham season 2, below is everything we know so far.

The illustrator Chad Frye revealed the release date on his Instagram post on July 26th, that the second season of Green Eggs and Ham is coming to Netflix on Friday, November 5th, 2021. However, this is yet to be confirmed officially by Netflix so stand by.

Despite Netflix not actually announcing news of renewal, Ilana Glazer actress has all but confirmed it herself. Speaking with Variety, voice actress Ilana Glazer confirmed she had already wrapped up recording for the second season.

Llana Glazer is the voice of E.B

What to expect from the next season?

As the first season concluded, while Sam was eating eggs, it reminded him of his mothers cooking. Having helped return Mr. Jenkins home, it’s likely that Sam will now want to journey to East Flurbia to try and find his mother, naturally, Guy will accompany him to help his friend. 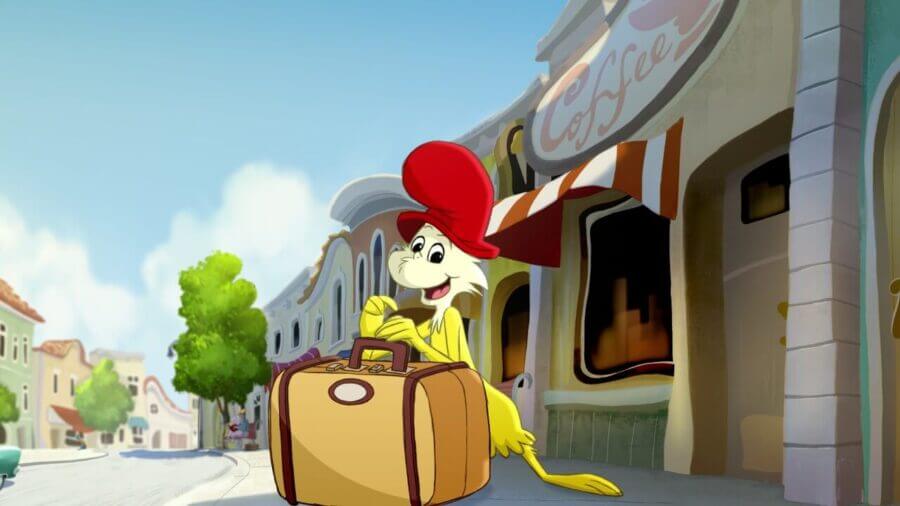 You don’t have to search very hard to find how overwhelmingly positive the response has been for Green Eggs & Ham:

We too are guilty of this.

Why does it take so long to produce Green Eggs & Ham?

Typically, any production that involves animation can take an incredibly long time to produce.

Anime, being the best example, can take up to three months for a production team to produce just one episode. Whereas films such as Toy Story 4 and Frozen 2 are in development for many years before their cinematic release dates. Green Eggs & Ham is subject to the same lengthy process as every other animated title

If the production of Green Eggs & Ham took three years to produce, that’s an astounding 2.7 months per episode, even at four years, that’s still an amazing 3.7 months to produce an episode each. Considering just how much work went into the creation of Green Eggs & Ham, the production studios behind the incredible Original had a rocket strapped to their back and smashed it out of the park.

Green Eggs & Ham is a beautifully crafted television series and everyone involved should be proud of what they achieved. We can’t wait to see what’s more in store for Guy and Sam.

Would you like to see another season of Green Eggs & Ham on Netflix? Let us know in the comments below!