obra Kai Season 4 has wrapped filming and is coming to Netflix in December 2021. If you’re looking for everything you need to know about Cobra Kai season 4 including the brand new first look trailer, what we can expect, who’s returning, and more snippets of news you’ve come to the right place.

From its humble beginnings on YouTube Premium, Cobra Kai now sits amongst the biggest titles in the Netflix Original lineup. Following on decades after The Karate Kid movies, the series picks up with Johnny and Daniel who both return to old feuds and start competing for dojos igniting old rivalries.

The show is notably Emmy nominated in 2021 for best comedy series. But that’s looking in the past, let’s now look at what we know about season 4 of Cobra Kai.

Everything We Know So Far About Cobra Kai Season 4

On August 5th, 2021 Netflix announced that season 4 would be coming to Netflix in December 2021 (no exact date yet set) with a new teaser trailer that’ll air during the Olympics.

The brand new teaser invites you to “Fasten your gi” and “tie your belt” as Karate is coming to the “biggest stage where legends are born”. We then get a glimpse of all our main characters walking toward the camera getting ready for the All-Valley tournament. The teaser also cuts back to season 3 where Amanda LaRusso tells Ali Mills that Daniel and Johnny are “fighting for the soul of the valley”.

Season 4 was renewed long before season 3 hit our screens but it’s worth going back through the timeline of how Netflix acquired the series before we look ahead.

Seasons 1 and 2 of Cobra Kai were released on YouTube Premium and season 3 was originally commissioned by YouTube Premium. However, as part of a strategy shift for the platform, it wasn’t going to release the third season (or was and that would be the end) and therefore the series was put out to tenure in early 2020.

It was around the time that seasons 1 and 2 of the series officially got greenlit once Netflix knew that it would be worth investment and the show was popular enough to carry it on.

Where is Cobra Kai season 4 in production?

As we covered above, writing for season 4 technically began before the show was even fully picked up by Netflix as they awaited news based on the performance of the addition of seasons 1 and 2 to Netflix over the summer.

By late October 2020, the writing staff had concluded after 14 weeks of writing. From then, more polishing into the scripts took place in preparation for filming.

As for when filming will start, that was always believed to be taking place in early 2021 as we reported in September. Now, thanks to a production listing, we have an estimated timeframe as to how long production will take.

It’s unclear when filming actually got underway but the first script could suggest it didn’t get underway until a month later on February 26th, 2021. In an interview with Ralph Macchio with the NYTimes, he suggested that Netflix wasn’t allowing cast and crew to inform us with regards to filming updates.

Since filming began we’ve had a few updates from the cast and crew of progress. 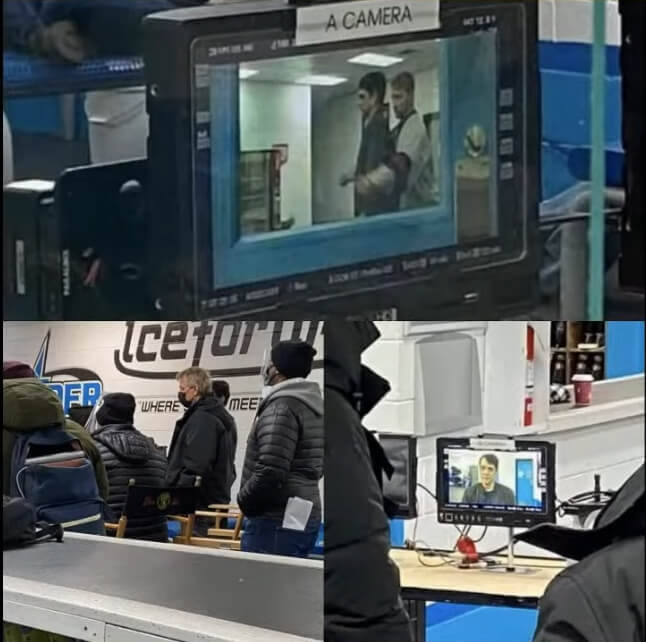 Then, on April 30th, Jon Hurwitz and members of the cast and crew took to social media to share the fact they’ve done with filming.

Martin Kove who plays John Kreese on the show said the following:

“Tonight, myself and the entire crew of COBRA KAI S4 officially wrapped! What a season, And what a year. A crew that is fearless and shows no mercy, through Covid we pushed on, we striked first and with a cast that strikes hard!”

Who will be starring in season 4 of Cobra Kai?

While it’s a little too early to go over all the cast members for season 4, we can expect the majority of the main cast to remain.

The new headline guest star from previous films coming back for the series is Thomas Ian Griffith who plays Terry Silver.

As for other guest stars from the old movies, that’s completely up to speculation right now too.

Hillary Swank in The Next Karate Kid

One of the key names that have yet to return is Hillary Swank as Julie Pierce. In an interview with CinemaBlend, Hurwitz discussed the possibility of saying:

“In our writers’ room we speak about literally every character that has appeared in the Miyagi-verse, so it’s obvious that we’ve spoken about Julie Pierce. As to whether or not she’ll return to the series, that’s something you’ll just have to wait to find out.”

As for whether Elisabeth Shue will return seems up in the air too. Her character, Ali, is likely returning home to be with her two kids as she was only down for the holidays. Never say never though especially since she’s now divorced and the moment they shared before the call.

The first big new cast announcements came in late February when it was revealed two new faces would appear in Cobra Kai season 4.

Here’s what was announced:

We’ve also since learned of a few other new faces we’ll see in Cobra Kai season 4 too including:

What to expect from Cobra Kai season 4

The chips are now down for the upcoming 51st All-Valley Karate Tournament with LaRusso’s Miyagi-do and Lawrence’s Eagle Fang dojos teaming up against Kreese’s Cobra Kai.

As for who will compete for each of the dojos is another story. Samantha and Miguel are both headline fighters of the combined dojos while Robby Keene, Tory, and Kyler are all viable options for Cobra Kai.

One of the final scenes of Cobra Kai season 3 sees Kreese calling up his old war-vet buddy for backup. For those who don’t know, he’s calling up Terry Silver who was played by Thomas Ian Griffith who appeared in The Karate Kid Part III. Silver is notable because he founded Cobra Kai.

Since production began, Thomas Ian Griffith who plays Terry Silver has posted on social media which could be indicative of what he’ll look like in some form throughout season 4.

Netflix released a proper first look at the character of Terry Silver and how he’ll appear in season 4 on May 27th.

Elsewhere, we could expect to see the “neckbeard teacher” Stingray return for season 4. At the beginning of season 3, it’s mentioned that he was currently on probation but the actor behind the character teased a return could be on the cards.

In other big changes, Hawk looks like he could be getting a change of hair color from previous seasons (where it’s been red in previous seasons). The actor has been seen recently signing signatures sporting a new purple haircut.

We also know that there is going to be another All Valley tournament in season 4.

We could also be seeing changes in the fight scenes in Cobra Kai season 4 too. In an interview with Bleeding Cool, Hiro Koda and Jahnel Curfman both say they’re no longer involved in the project.

Jon Hurwitz has promised more badass montages with some of his favorites coming up in season 4.

Everything Else We Know About Cobra Kai Season 4