The girl asks Yamada if it is over for her and if they are no longer partners. Yamada walks away while ignoring the girl. The girl asks her if she is planning on taking the trio alone. Yamada stopped near the door, wondering what the girl is telling her. The girls also said Sister wouldn’t allow Yamaga to go and face the trio alone. She reveals that Sister has never told them her name, her origin, or how she feels. Yamada ignores the girls and continues with her journey. On her way, she wishes Sister to forgive her, and her ring lights red.

The day of the Tsukinomiya Tanabata Festival arrives. Ruka and Hiori are glad that their hard work has paid off. They notice the best spot where they will be doing fireworks during the festival. The two talked about the visitors and what they must do before the Festival starts. The student council preside arrived and told the two to come and help them with something. The students began cleaning and decorating before the festival begins. Ruka and Hiori work hard, and Ruka realizes that they have to hurry and meet Momo.

Later the girls headed to the dorm and met with Momo along with Miyako. Momo and Miyako are still in Princess Yuki’s case. Momo reveals about the girl known as Kana, and she has heard her name before somewhere. Miyako said that the girl is Kana Sugiura in Class 1-3 at Tsukinomiya, and Kana has been absent from school ever since the incident. Momo suggests that they have to track Kana, and they might find Masochist Uta that Yukiko Takaoka mentioned. She sent the message to all the Reflectors to help her locate Kana. 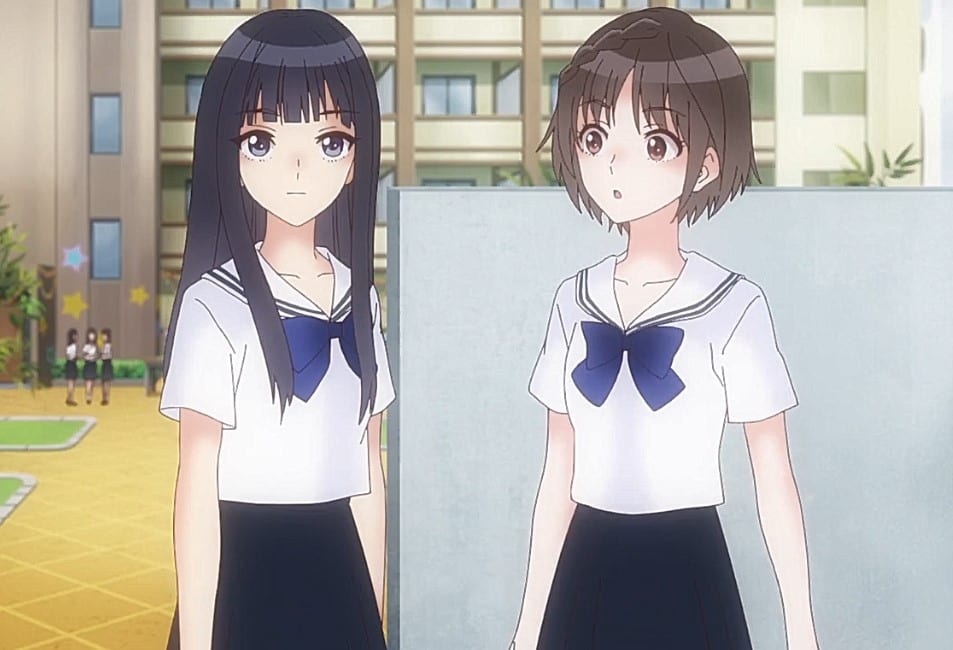 Momo said she would do that work alone, and the other girls have to continue with the preparation of the festival. Ruka and Hiori continue preparing for the festival. Ruka had a flashback where she attends her first festival at a young age. But her mother interfered with the festival and took her home before she could even enjoy it. Ruka left a paper written that ” I want momy to say that I  am a good girl.” When they arrived home, Ruka receives a massive slap that turns her cheek red.

Her mother reminds her of what she told her about wandering off, and she comments that Ruka is a brat. Ruka receives a scolding of a lifetime and that she is wasting money that she didn’t earn. Her mother also told her how she is struggling to raise her alone without a father around. Later, when her anger subsides, she comforts her daughter and apologizes. Ruka notices a bag and asks her mother what is happening. Her mother told her that it is their new home and they are moving since the father is not around.

The next day they move and find a place to stay. Every day Ruka’s mom goes out, and sometimes, she spent weeks without coming home. Ruka didn’t like that and wonders why mother is leaving her alone. Ruka grew up facing those challenges until she reached high school and decided to stay at the school’s dorm. In the present, the girls continue to prepare for the festival. Hiori calls Momo asking for some advice.